Recently, I went to Pata Negra as it has been on my list for must experience Spanish wine bars for over a year. Originally I thought I was in the mood for a red, but in the end went with a white wine- which opened a door to a grape I had not yet been familiar with:

X'armant Arabako Txakoli 2008, Pais Vasco
I can honestly say I was more satisfied/impressed with this wine than a Tocai I had tried just a few days prior. Surprising is the adjective I would associate most with this white. The citrus is a tartaric citrus immediately prominent followed by subtle notes of apricot and grapefruit. Most notable was it's exquisite dryness and perfectly harmonious acidity; light and smooth yet lively; it's a perfect summer wine, quite drinkable by itself or alongside a variety of raw fish/meat dishes. Delicious! 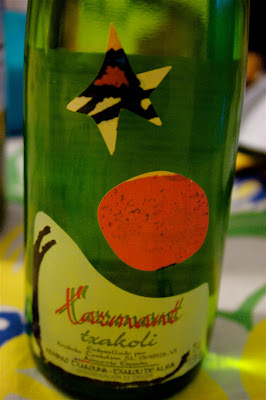 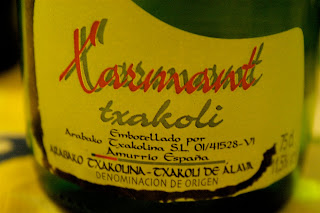 The 08' X'armant (which means "charming" in Basque) is a popular Txakolina; you can find it it at both Astor Spirits and Tinto Fino in New York City.

Txakoli (Pronounced like Jacque-O-Li-(na) or Chalk-O-Li-(na)), is a dry acidic apertif wine, meant to be drunk young and most commonly produced as a white wine, though red and rose varieties do exist. At Tinto Fino I came across one of the less common Red varieties, whose Hondarrabi Beltza vines date back to the 19th century:

Bentalde Gorrondona Txakoli, 2008, Bizkaiko
This red is a true Gem. Utterly Unique and Infinitely Carnal.
My first impression was Woodsy. Woodsy as in naked women dancing around a ritualistic bonfire woodsy. You see, this wine is dry and spicy; but that of a peppered spice- so the notes of hot and sweet pepper alongside a bit of smoke make their presence known, while maintaining their fiery dignity. A few hours after decanting, I noticed how beautifully the tannins melted onto my palette. You can't help but want food with this, and I really began to feel guilty for not pairing it with Idiazabal cheese or some other type of Basque Cuisine, which consists of grilled meats and fish with peppers, tomatoes, and/or paprika. I had to stop myself (and my guest) from finishing it and cork it for tomorrow when I plan to make Piperade: (recipe below) 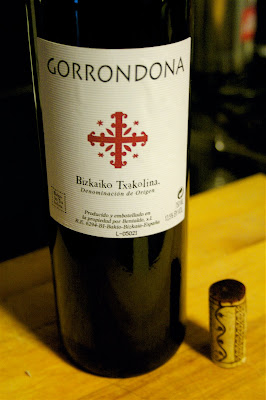 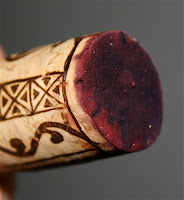 Update*
The Piperade pairing was a perfect choice, simple and traditional. Instead of the Basque pepper d’Espelette I used 1.5 tablespoons of Paprika and .5 of Cayenne. It needs a bit of spicy to match up. I also found Bayonne Ham at Despanaa, a Spanish Grocer, but it was $159 a lb. $40 for 4oz. So I passed on that for now- and unfortunately they didn't carry the Basque Espelette.

Since Authenticity was my goal for this pairing, I decided to skip the substitute for the Bayonne Ham and instead add more Celtic Sea Salt in place of the salty ingredient. It worked out really well. When I travel the Wine Countries of Spain and France I will make a point to get a taste of Real Basque Cuisine, but for now, I had to settle for a New York City influenced recipe on the classic.

I also came across a phenomenal Basque Sheep's Milk cheese, a bit pricey ($35/ lb @ Whole Foods) but completely worth it, which had a really impressive creamy texture to it. I'm no cheese expert, but I felt it complemented this wine with sublime unison. 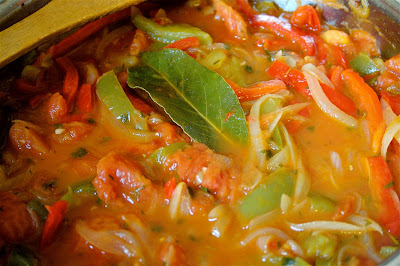 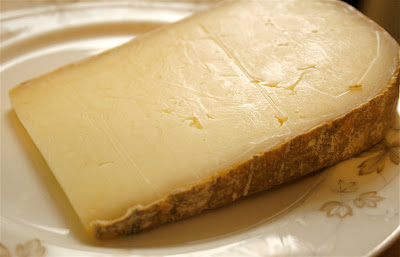 
How to make it 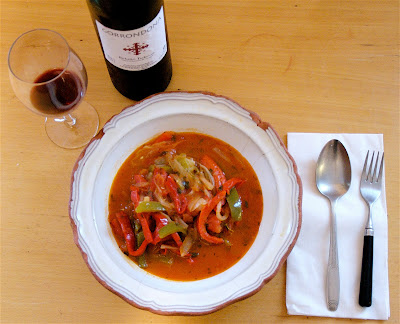