Yesterday I enjoyed a wonderful beer tour and tasting with Dave of Urban Oyster! The informative handout guide was so useful; I honestly recommend the Craft beer Crawl above all others. Dave is knowledgeable and passionate without being snobbish, and as far as beer aficionados go, that last one is a rare quality; he's not opposed to answering beginners questions or succeeding in answering an expert's trivia question with ease. Urban Oyster really provided an awesome experience for beginners and intermediate mongrels alike.
(*Note: stops and beer selections do change and are not subject to these particular tastings)

Mug's Ale House:
Mug's ale house has been around- and I mean AROUND- they've grown from 3 beers on tap to 30 rotating craft beers on tap and 2 casks. This bar is a gem in Williamsburg, NY. and holds a lot of brewing history within its walls.


Radeberger Pilsner- German: At first I mistook the Saaz hops for citrus, this definitely has a peppery aroma. Overall a light effervescent easy drinking beer.

Founder's Red Rye PA - Rye Beer from Michigan: Brewed with Amarillo hops, On the nose a defined rye and toasted bread, those malts I smelled were better described as caramel. I felt this one was spicy with a slight sweet taste yet not the common sugary sweet flavor. Great drinkability. 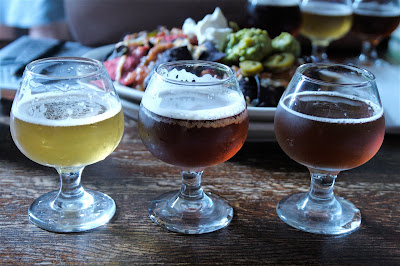 Spuyten Duvyil Grocer: Though wine shops exist, stores that exclusively sell beer are illegal! But Spuyten Duvyil is a Grocery store, and selling some local gourmet grocery items on a few shelves is the detail that makes it legal, and allows owner Joe Carroll to share all these rare and delicious hard to find craft brews in a beer shop atmosphere with passionate sellers helping you find the beer for your unique tastes. Spiegelau Beer glasses and almost every type of bitter are available for purchase as well! I bought 4 craft beers (to be reviewed at a later time) 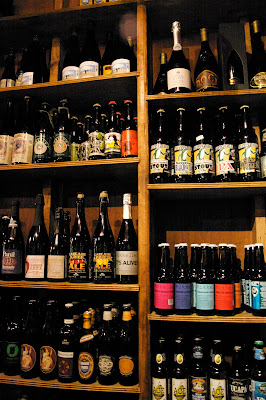 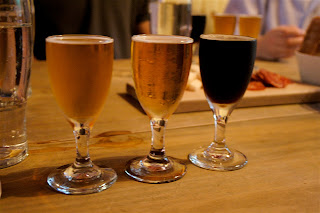 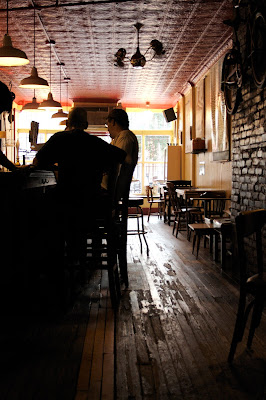 Fette Sau (owned by Spuyten Duvyil): BBQ at it's greatest. My mind completely latched on to the details of this place and I don't remember the nose or taste of these beers, only that I Really liked all three. I mean look at those tap handles! Butcher Knives. Nuff Said.
Captain Lawrence Liquid Gold,
Blue Point Oatmeal Stout,
6 point Righteous Rye 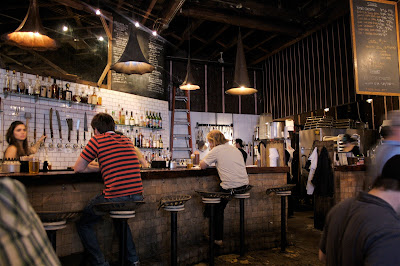 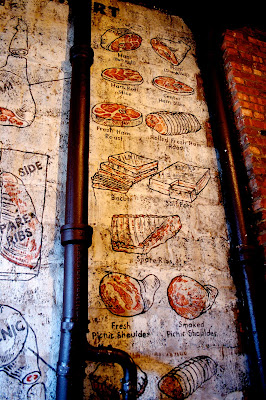 Barcade has 30 different vintage arcade games and 25 beers on tap that rotate as soon as they run dry. You can expect there to be 20 different beers on tap per week and always one Cask beer. Dave was gracious enough to provide the first 25 cent piece of the night : )

Ithaca Cascazilla: A NY American Style Red Ale, aroma was really hoppy and I got flavors of orange in there as well

Kelso Recessinator: Brewed in Greenpoint and one of my new favorites. It was a German style doppelbock with a deep woodsy color and "flavors of toffee and nuts" I found it more malty and slightly sweeter than the Barleywine, but both were really phenomenal.

Cask: Founders Centennial IPA: Their description relays smooth citrus, hop, malt, and grapefruit flavors, so I was a bit weary since my taste buds do not cozy up to grapefruit, but I found it to be particularly mild and frothing forth that grapefruit only mildly in aftertaste. 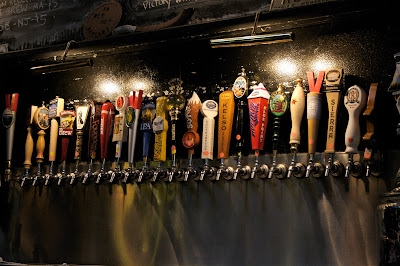 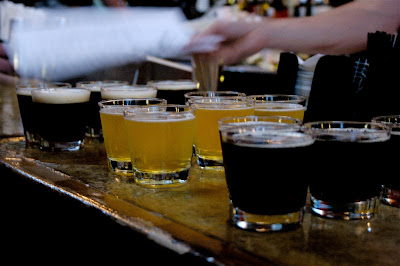 One more beer I really feel should be highlighted from the phenomenally informative class with Tom Briggs at Astor Center is:

Belgian Whiebier - Brewed by Brouwerij St. Bernardus in Watou: Brewed from an original recipe, there are incredible tang simultaneous softness about this wheat beer. The pucker from the yeast is of a 100% Belgian yeast strand. Orange peel and crushed corriander mixed into the recipe, which gives way to a zesty acidic effervescence that bubbles on your tongue.
Posted by Raven Moonhawk at 9:12 AM